Are you a Flay? 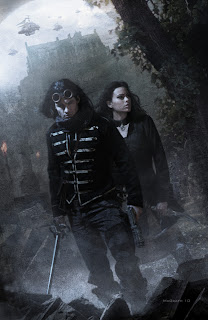 Which Vampire Empire character resonates with you most?

We've got a little survey going on our Facebook page

Go there and give us your answer. Or respond here if you wish!
Posted by Clay and Susan Griffith at 8:29 PM No comments: 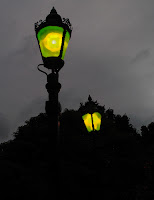 Sometimes they stay in different rooms and don't mix.

The interesting thing about the internet (other than hilarious pictures of talking cats) is all the ways to connect with people. And just like the real world, you make different friends in different places.

For instance, some people follow Vampire Empire through this blog. Others use Goodreads. And even others found us on Facebook. Plus various other ways. We have different numbers of friends or followers or fans on each of those sites. There's likely some cross-over where the same reader comes to this blog, likes the Facebook page, and is a friend on Goodreads, but there are also plenty who don't move between the sites.

There's no great profound revelation here. We were just thinking about making contact with our readers in better ways. We're making plans for cool stuff in conjunction with The Rift Walker coming out in September, and we want to make sure we're reaching everyone with an interest in Vampire Empire.

We hope to launch a new website before the new book comes out, and to continue to update this blog with book info, and general thoughts about writing and pop culture. We would tell anyone who wants more immediate updates and info to go to our Facebook page and hit the Like button:

We want our friends in the kitchen to talk to our friends hanging out by stereo. Mingle.
Posted by Clay and Susan Griffith at 10:48 PM 2 comments:

I Think Green TV and I Are Through

And We Had Such a Good Thing Going...

This is from Clay. Susan recuses herself from anything I'm going to say.

I watched a lot of the live 4-hour Destination: Truth episode from Ireland on St. Patrick's Day. No, I wasn't too drunk to change the channel. I did switch over frequently to check scores in the NCAA tournament. But I always switched back.


Josh and his crew of professional truth-seekers spent 4 hours wandering through some places in Ireland...I wasn't paying much attention...it was a castle or a forest or something. I think they were looking for a banshee. A banshee? Really? A BANSHEE?!?! Or ghosts. Or kelpies. Or whatever the hell it was. All I know is, it was night time. Because they used the green thing. Oh yes, the wonderful green camera.


So Syfy showed 4 hours of green night-vision close-ups of Josh and his people and grainy green shots of castles or forests or something. Lots of asking questions to the spirits and listening for something ... anything. So what did Destination: Truth find?

What do they ever find? Nothing.

Josh has got the sweetest gig on the planet. These guys travel all over the world investigating monsters. Or at least, they used to. Apparently they ran out of local monsters, so now they basically copy Ghost Hunters, another green-screen show (although their green screen is a little more grey). They never find anything except a bigger budget to keep doing it.

But I watch it. Or I used to. I once was a frequent viewer of Destination: Truth and Ghost Hunters. Do I believe in ghosts and monsters? Not really. Do I want to believe? Sorta. I'm a horror buff, and I'd like to think weird things are out there.

Have these shows come close to proving it? NO.

Has Destination: Truth or Ghost Hunters ever found a shred of evidence that would convince even the least skeptical person? NO. People who used to believe John Edwards: Crossing Over wouldn't buy the evidence on these two shows.

They turn up garbled sounds that sound exactly like garbled sounds, but they claim sound like words. They show photographs of shadows that look like shadows, but they claim are disembodied figures. Josh hears noises in trees or sounds in the bushes. Those noises COULD be a monster. Or it could be a bird, or a squirrel.

So why do I watch?

I don't know. I don't watch as much as I used to, but as I said, I tuned in to a lot of Josh's FOUR HOUR live broadcast from Ireland. For some reason, I'm mesmerized by the green screen. I want something to show up, to walk by, to jump out. Please let SOMETHING happen. Please GOD these people can't waste more of my time and their network's money, can they? They have to find SOMETHING at SOME POINT!

It must be the green screen. If they shot every tv show in luminescent green, I would watch it.

But now, they pushed it too far. On St. Patrick's Day, Josh promised me a lovely first class vacation to Ireland, but when I got there I found I was booked me into a crappy hotel where my wallet was stolen and all my tour vouchers were invalid. Oh, did I mention it was FOUR HOURS?

That's it! I am done with you and your emerald-colored promise of the unknown. Screw you, green tv!
Posted by Clay and Susan Griffith at 9:27 PM 6 comments:

The local convention in a global media world.

David and Goliath
We attended StellarCon in High Point, NC this past weekend, and it got us thinking about the place of the smaller, local convention in fandom. StellarCon isn't the smallest of cons; it's more of a medium-sized convention. We have no idea of attendance numbers, but it is small compared to the giants like DragonCon and ComicCon.
Conventions like StellarCon don't have the glitz and buzz of the super media events, but the local cons have a charm that you can't replace with seizure-inducing displays by gaming companies or panels complete with sneak preview footage of the latest upcoming blockbuster. Don't get us wrong, we LOVE the giant cons, but the local cons are about the fans. Fans who attend those local cons have an opportunity to meet and interact with both pros and other fans with an intimacy that doesn't often exist at the super cons. You can get your books signed without waiting in line for hours. You can ask a question and get an answer. You don't have to plan your whole day around standing in line to get in a particular panel. You can buttonhole people in the hall and chat. In fact, the pro guests are very available because a lot of the fans are really there to hang out with their friends, not monopolize the guests.
And since local cons tend to get their guests from the writing world, most of the programming is about writing and publishing. Movies, tv, and gaming haven't taken over the local con scene. These gatherings are first and foremost about reading. And that is really cool. People talk books. People buy books. People carry books around like they mean something to them.
There's room for both types of cons. We just hope that the smaller local convention stays around. They certainly seem to be thriving. There are new cons popping up every year. Some work, some don't. But there seems to be no shortage of people anxious to create their own con. They don't seem to care that ComicCon and DragonCon are out there. They must know that someone will always come along to fight the giant.
Posted by Clay and Susan Griffith at 6:26 PM 4 comments: